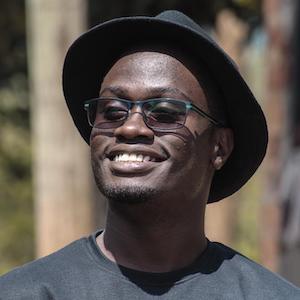 My name is Ronald Kibedi Simbwa. I live to make environments where Christ is worshipped, manifested and gloried.
I’m a worship leader and I play both the acoustic and electric guitar.
I was born and raised in Kampala the Capital of Uganda. A place called Makindye is where I and my parents lived before moving to the hills of Buziga, where I was enrolled at Maranatha Christian school in Gaba. In the same year; 2000, I gave my life to Christ.
My music journey started at a tender age, singing almost all the time: from doing house chaos, to showering, sometimes even while eating, to singing in school fellowship. It’s during high school time that I embarked on using my music as a tool to worship God more than just a thing I enjoyed. In 2011 I picked the acoustic guitar and it wasn’t so long before I was on stage leading worship with it. October 23rd, 2011 I was called to Join The City Church, Luzira community church at the time. I and Rogers were called into the music ministry of the church and building a team was on of our tasks. Few years down the road we had a solid team however we hadn’t got an electric guitarist. I prayed and believed God for one but non showed up. however I guess I was looking in the wrong places until I looked at my self. I picked it up, learnt a few scales and again, I was on stage leading worship with electric guitar this time.
I’ve been graced with an opportunity of sharing a stage with renown artists like Don Moen, Crossfire, Brian Lubega, Hum Kay to mention but a few to leading worship at; Kampala City festival on the Christian stage, Jesus festival, Cityfest, also to mention but a few.
In the year 2011 God impressed it so much on heart to start a worship band. I and a few friends started it and named it TUMUSINZE that’s translated “let’s worship him”
I’m also part of Heavenly melodies Africa (HM) whose mission is to equip African worship leaders. I stand to be the leader of HM Ug.